This isn't a complete list of Rhino credits, as not all film Rhino users have been tracked down / asked if they want their credits listed. The following films are the compiled set design works of “J. Andre”:JAndre and “Sam Page”:SamPage (with the Spider-Man (2002) credit coming from Paul Ozzimo, culled from the book, “Behind the Mask of Spider-man: The Secrets of the Movie”) 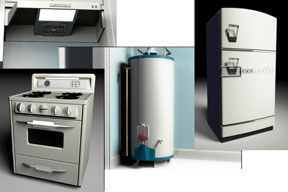 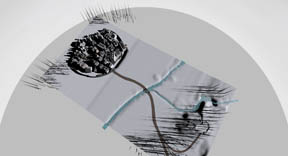 Sole modeler for all architecture (at least in the US, I don't know what they did with it once I handed it off to the model builders in England)

Charlie and the Chocolate Factory (2005)

Some of the Nut Room was originally designed in Rhino

Almost the entire aircraft to some extent, minus the galleys and cargo hold (although in some cases [nose cone, attic], rough shape + size models where generated, then broken off to others [hand drafters] to complete the construction documents). Ext. of aircraft, including a HD-SLA grow for the toy plane prop. The inclusion of blocks in Rhino version 3 made the process of modeling the interior much easier, as I could keep separate files of the window panels, center panels, isle panels, and seats as separate files. As each component changed, I just changed the respective file, then updated the master, which would update all 72 rows of the plane (upper and lower decks, in case you were wondering how 72 rows could fit in a plane) in one shot.

New **Sneak Peek**! Be sure to check out the Trailer link, then click on “Watch a Sneak Peek” to see some great footage of the plane. Also, the Rhino model will soon be showing up under the “Explore Aalto Air E-474”

Be sure to stick around for the end credits: Not only to see all the people who labored on the film, but the model they flip all around behind the credits was almost entirely build in Rhino (really the only exception is the interior of the engine, I know they aren't build like that ;) ) then passed to Maya for meshing and surface destruction. Also, a lot of the TV promo spots used this model to render out some of the high contrast interior shots.

this image is from:

'The Pier' and surrounding destroyed architecture was designed in Rhino, and then built south of san diego on the border of mexico to look like the old pier of Venice, Ca.

Molds for the wings were designed using Rhino. 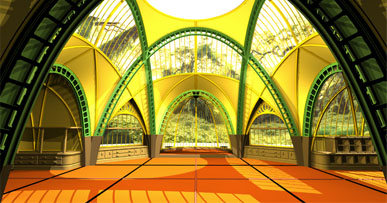 The Reptile Room was designed and built from an Unfortunate Rhino 3D model. Ouch my head hurt twisting and working on this model!

Most sets were built in Rhino for a virtual tour before being approved for construction. Otto's Lab was heavily Modeled and analysed inside of Rhino. 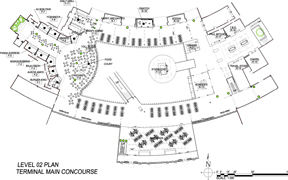 Overall shape of terminal, individual shops were then broken out to separate designers 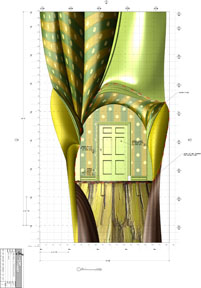 All town signage statues, Parts of transformed house. Rhino was used heavily in both the modeling, then to section the models up (typically every 2'-0“) The section were then plotted full size, where the sculptors transferred that to bead foam for carving. The bead foam is then given a hard coat, then painted, gloss, and believe it or not, it is at that point walkable! 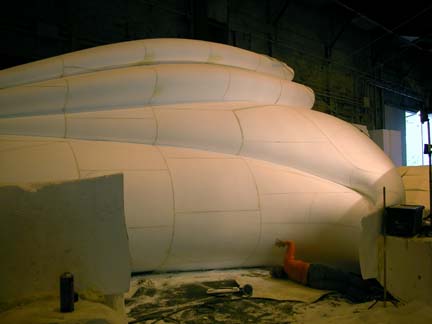 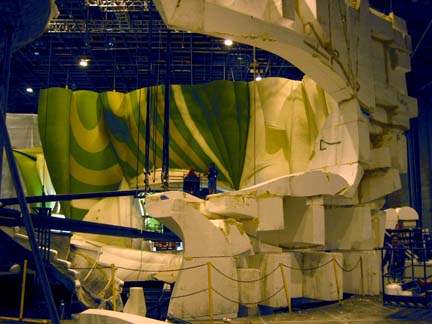 The X-jet Exterior and the interior cockpit were modeled in Rhino, and various other sets (Danger Room).

Bob Crane's apartment, some pre-visualization for other sets, this was mostly a location picture however