This plug-in lets you attach, detach, search, and view custom tags. It is a very early beta version with a lot of missing functionality and quite probably some serious bugs. Do not use this on important files! 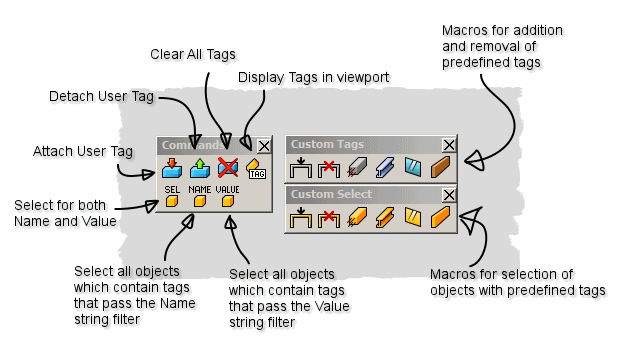 The plug-in adds a new page to the Object Properties dockbar, and it exposes several commands:

To install, unzip the rhp and the tb file into a secure location and drag both files into a running Rhino 4 or 5 instance.

Features missing in this version: