Tutorial: Create a 3D model of a bridge in Google Earth 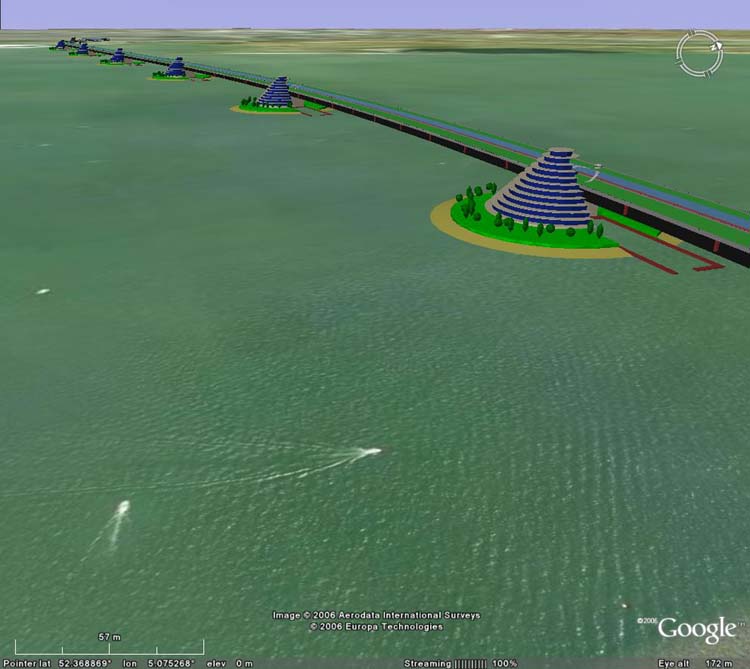 This tutorial explains how to create a 3D building or construction at a desired place on Earth. The scaling, location, and orientation of the 3D model is important for a correct presentation.

The Flevodam concept is created by Gerard Petersen of the RhinoCentre.

All rights reserved and all information may only be used for educational purposes.

Place a background bitmap from Google Earth in Rhino 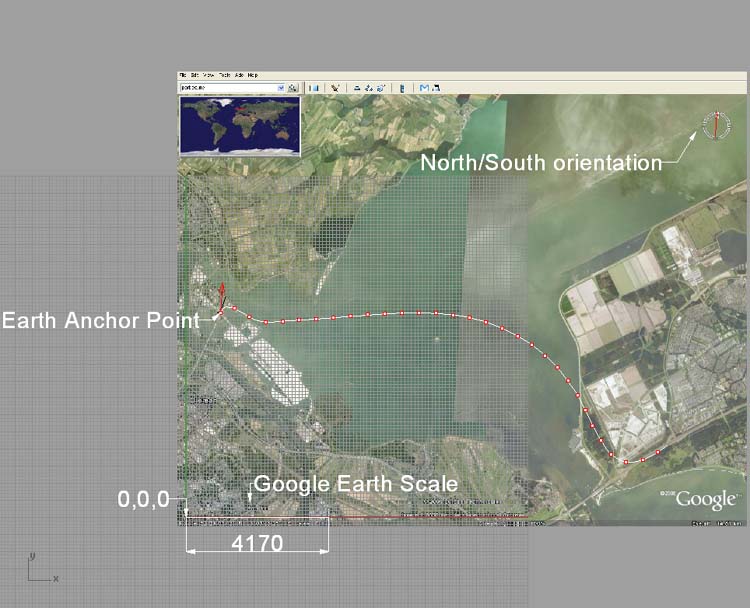 If you need a contour on the ground to mark the available space, it is easy to draw a rough line and later match the control points to the background bitmap at the exact location.

Now you can actually draw your 3D model.

In this case you can download the model to see how several details were done.

To create the islands ArrayCrv the first Island. You can also do this for the pylons and bridge struts. Delete the ones which are not necessary.

To create the bridge, use the Sweep1 at the cross section of the bridge at the earth anchor point.

Correct location and orientation is important for the correct representation of the 3D model in Google Earth.

Create a tour in Google Earth