Summary: Rhino 7 includes a new Sub-D Geometry Type to allow for more flexible modeling. Rhino's SubDs are accurate and repeatable. This allows our SubD to be converted to NURBS for fabrication.

Traditionally SubD objects are mesh-based and lend themselves well to more approximate types of modeling such as character modeling and creating smooth organic forms. Rhino SubD objects are, however, high precision spline-based surfaces and thus introduce a level of accuracy to the process of creating complex freeform shapes.

Go to the Rhino SubD Discussion to join the conversation about this new tool. You can download the Rhino 7 Eval to try SubD today.

An Introduction to SubD in Rhino 7 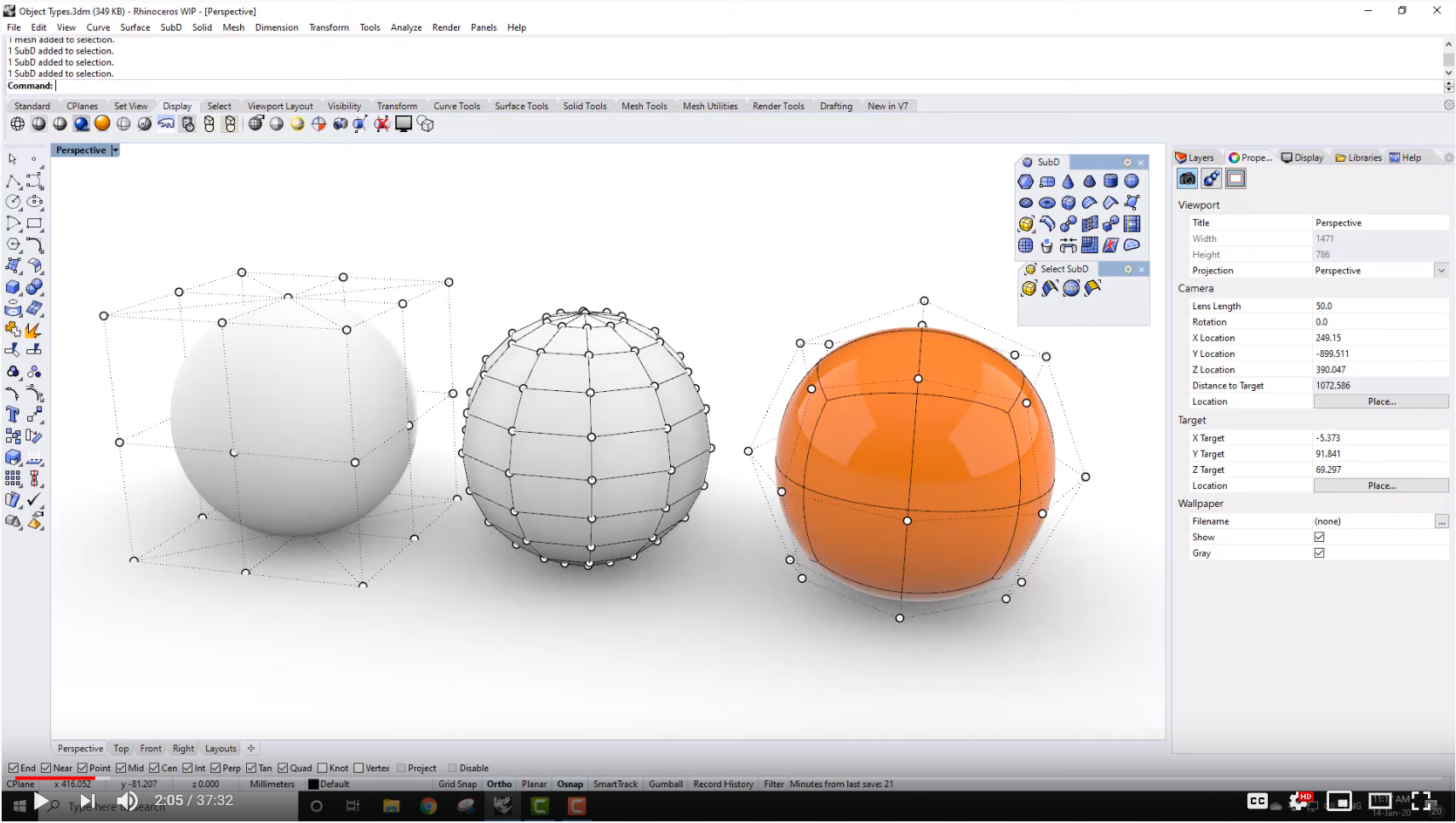 The video starts by examining SubD surfaces and how these compare to NURBS before moving on to look at some examples of how and why SubD can be used alongside the traditional NURBS workflow in Rhino. Phil Cook from SimplyRhino takes a look at SubD, or Subdivision Surface Modelling, that is being developed for Rhino v7.(37 minutes) SimplyRhino is the most popular Rhino3D reseller in the UK, they offer expert training and support for Rhino and all key Rhino plugins.

Exploring SubD in the Rhino 7

Did you know Rhino 7 has SubD tools? Join Brian James in this video where he explores the use of the SubD creation and editing tools that have currently been added to V7. (8 minutes) 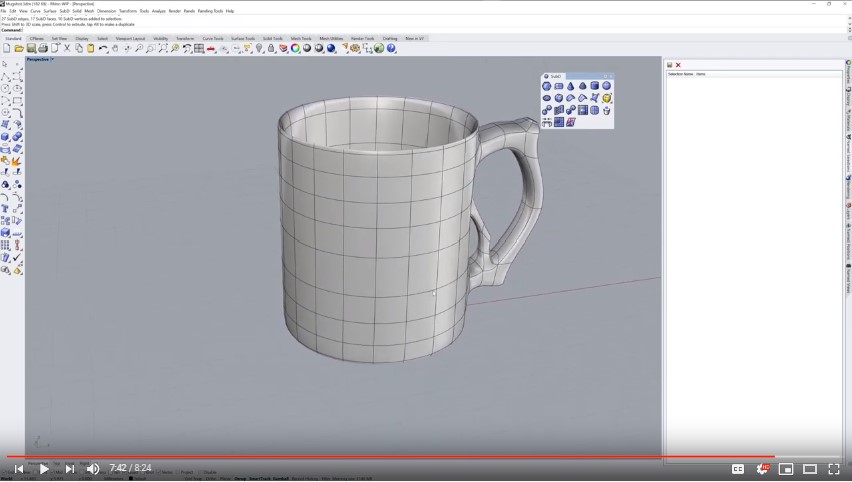 Getting started with SubD - blocking out a model

Modeling a SubD Sink with Rhino 7

Modeling a Mouse with SubD

Modeling a Coin Frame in the Rhino 7 SubD

QuadRemesh to SubD in the Rhino 7 WIP