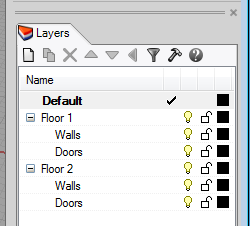 Some Rhino users requested this ability to have sublayers with the same layer name to help them organize layers to make it easier to find similar small features in a large model.

Other users have designed their work flows and parts libraries assuming that there are no duplicate layer names. If you are one of these users, the section below explains how you can configure Rhino so it will not create duplicate sublayers when importing models.

For some users, having more than one layer with the same name disrupts their workflow. So Rhino lets you control how layers are combined when Rhino imports an external model into an existing model.

Note There are many ways to import an external model into the existing model including: 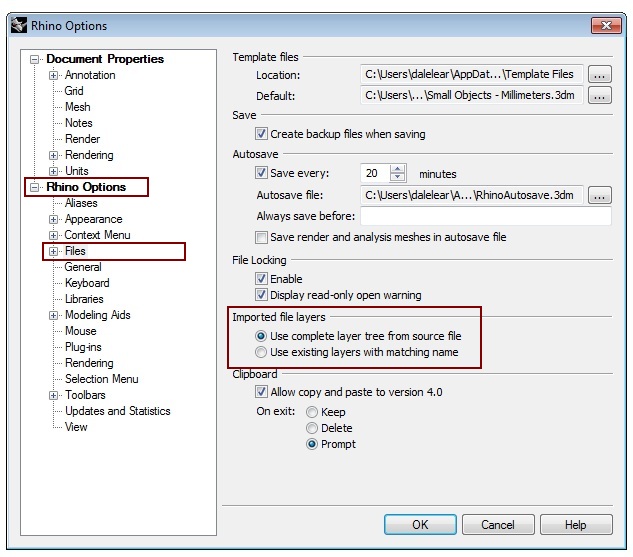 You may download the files used in this example from stoogesimportexample.zip. 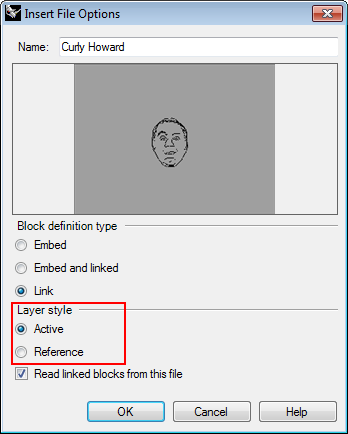 You may download the files used in this example from producelinkedblockexample.zip.

This example demonstrates the two ways Rhino manages layer names for the contents of a linked block definition. 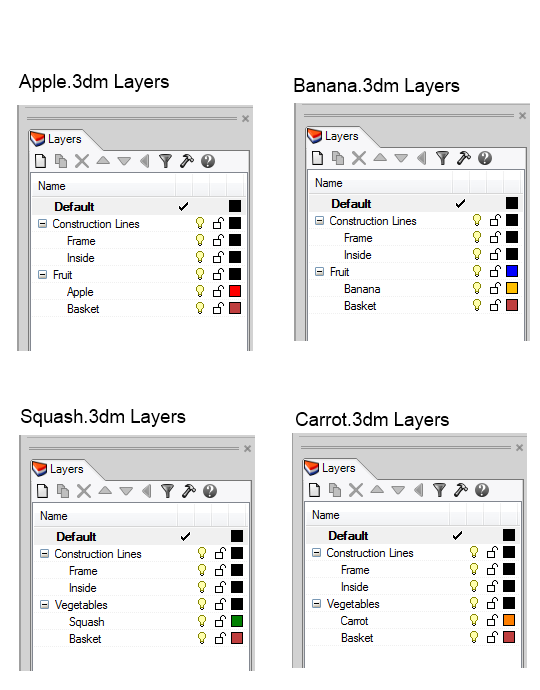 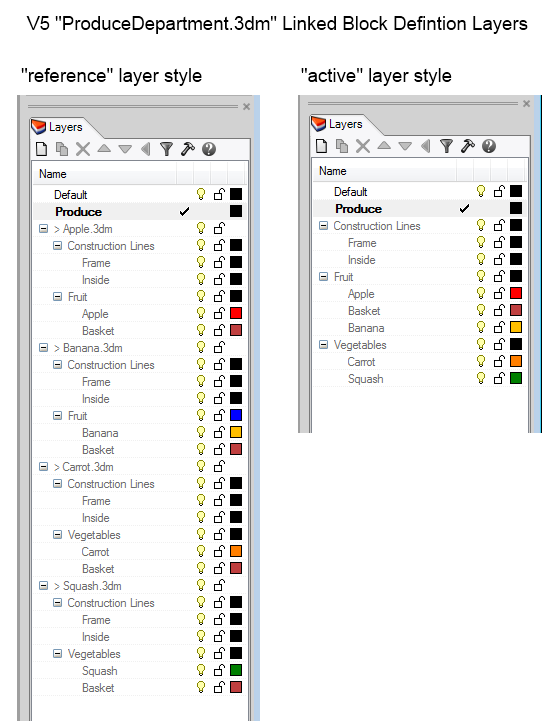