A place for sharing your custom Rhino environments (workspace files). If it's just one toolbar please post it on the toolbar page. 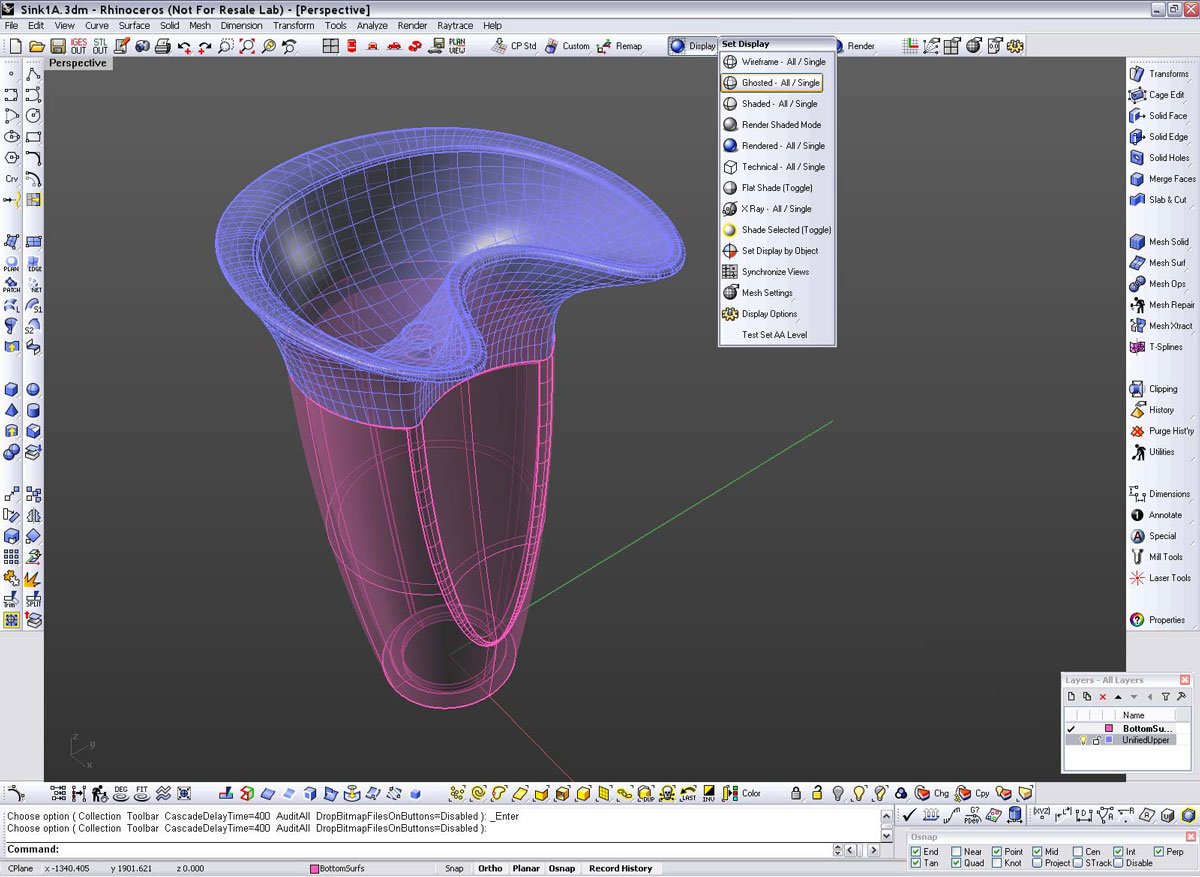 As always, a work-in-progress. Changes often. Evolved from my original V1.1 workspace arrangement, now with V4 icons. I used V4's text button creation ability to create sets of menu-like toolbars for certain things. There are a few scripts under some of the buttons and lots of macros. Several icons have been modified in an attempt to make them clearer (insofar as possible, V4 icons are just not sharp).

This is designed as a minimum of 1280 horizontally and 900 vertically. For bigger displays, I have put in some blank buttons as spacers. You will need to remove some or all of them to work at the minimum horizontal or vertical resolution.


Custom Displays of RhinoCentre In Rhino 4 you can create new displays for several purposes. Download the file and see the instructional video. 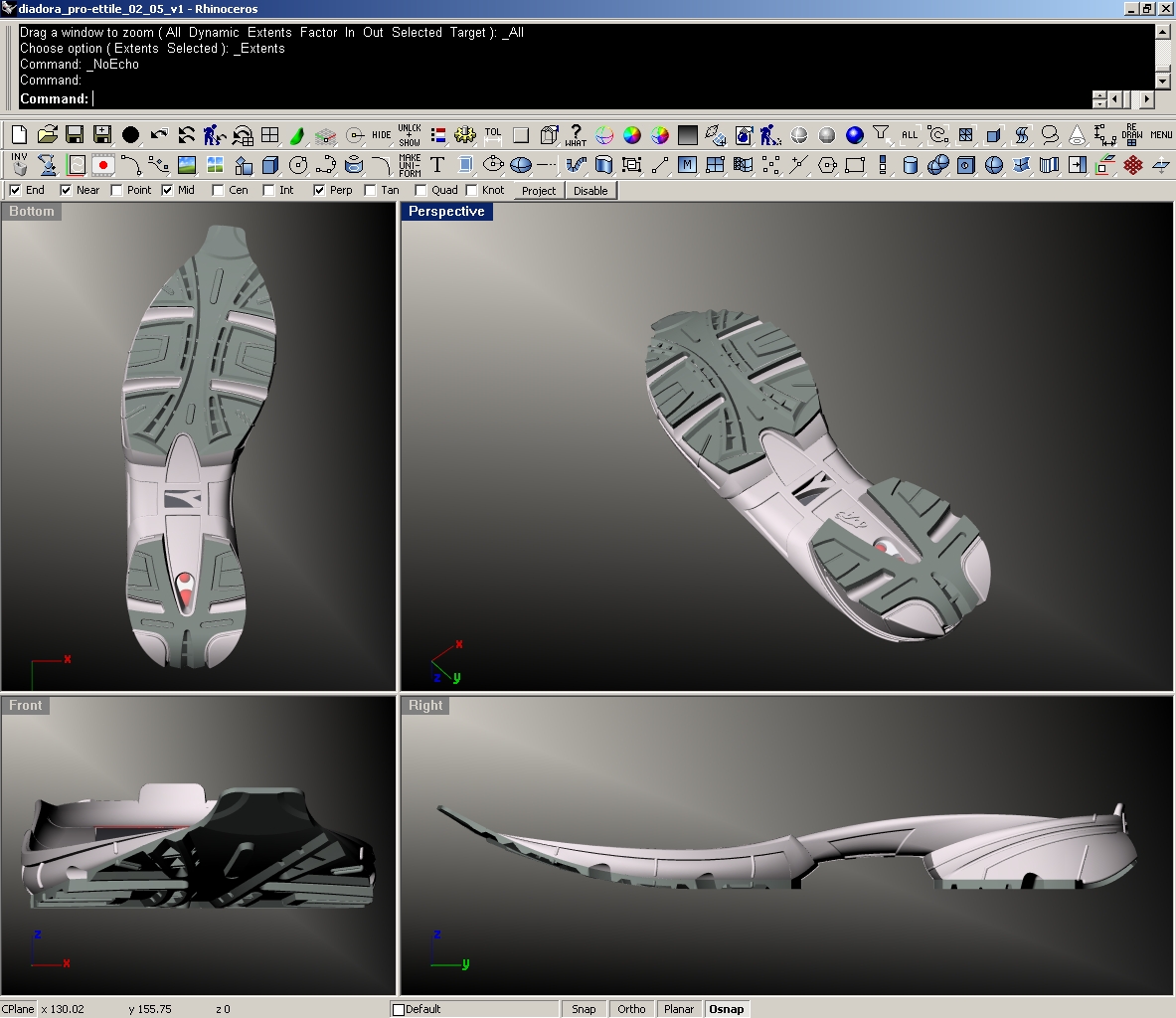 It's possible to download my personal workspace file for Rhino 3.0, with custom buttons and organization. It contains regular commands, several macros, my own scripts and other useful codes from some VB masters such as Dan Bayn, David Rutten, Emilio Morello, and Thomas Anagnostou.

It's composed basically by two big horizontal toolbars (and the osnap bar below) with flyouts in all buttons, leaving the most space possible to the graphics area. Almost all commands that we modellers often need (except some aliases) are available in these two toolbars, thanks to the flyouts. This WS was design to 1280 x 1024 resolution.